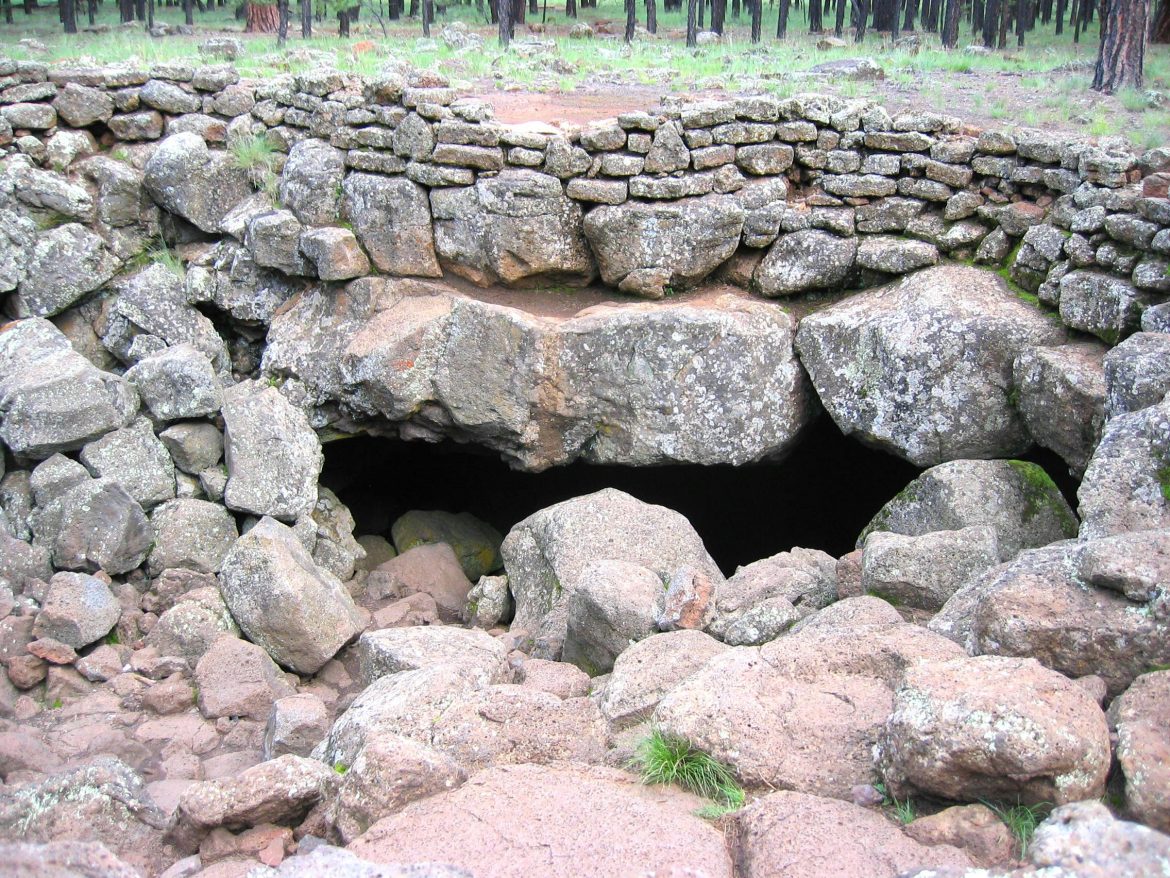 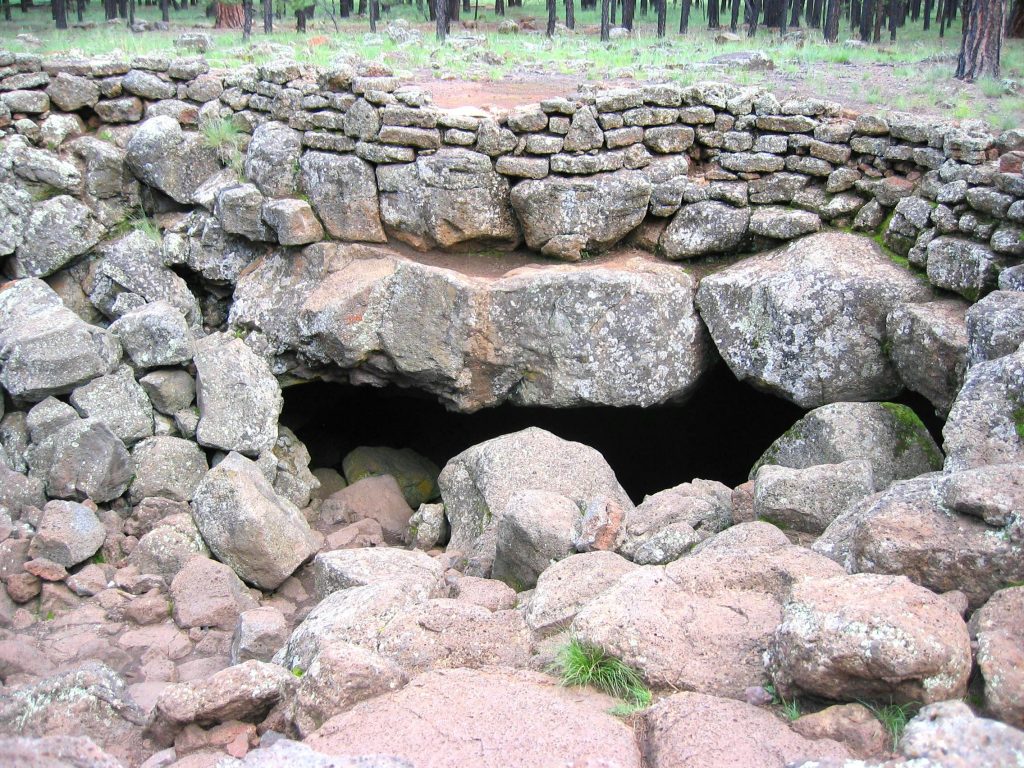 Flagstaff is abundant with many geologic features and locations. One of the most prominent and interesting geologic features found in the Flagstaff area is Lava River Cave. Located on the west side of the San Francisco Peaks, it is a very unique lava flow feature preserved in geologic time. The cave was formed during a few hours after a quick volcanic eruption. Geologists believe the Lava Tubes were created somewhere between 600,000 and 700,000 years ago when lava erupted from a nearby volcano. Lava from the volcano starts flowing away then starts to cool off. The top and bottom of the lava flow begin to cool down and solidify, while the middle portion continues to flow. Soon afterwards, a hollow tube is created in the middle of the lava flow creating the Lava River Cave. 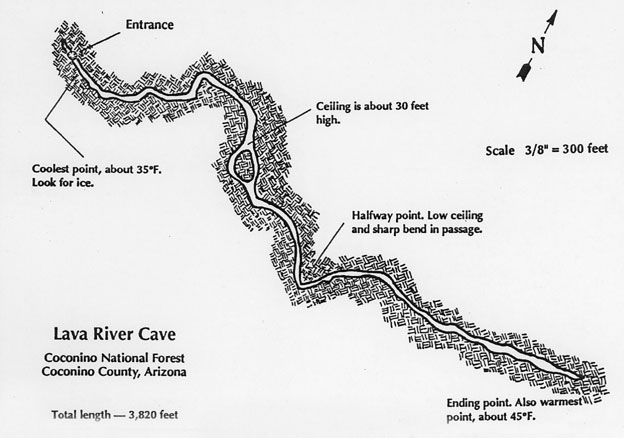 Lava River Cave is located about 14 miles north of Flagstaff following some paved roads and forest roads. From Flagstaff to the cave, takes about 30-45 minutes depending on the condition of the roads and weather. Drive about 10 miles on US 180 heading north of Flagstaff, then turn west onto Forest Road 245 (at milepost 230). Drive down the forest road for about two miles which connects with Forest Road 171 afterwards. Turn south on FR171 and continue down the road for one mile which connects with Forest Road 171B that turns toward the parking lot to the cave. The cave is open year round, but during the winter time Forest Roads 245 and 171 are closed due to muddy and snowy conditions. GPS coordinates to the Lava River Cave is: 35^o20’32.2”N, 111o50’08.2”W 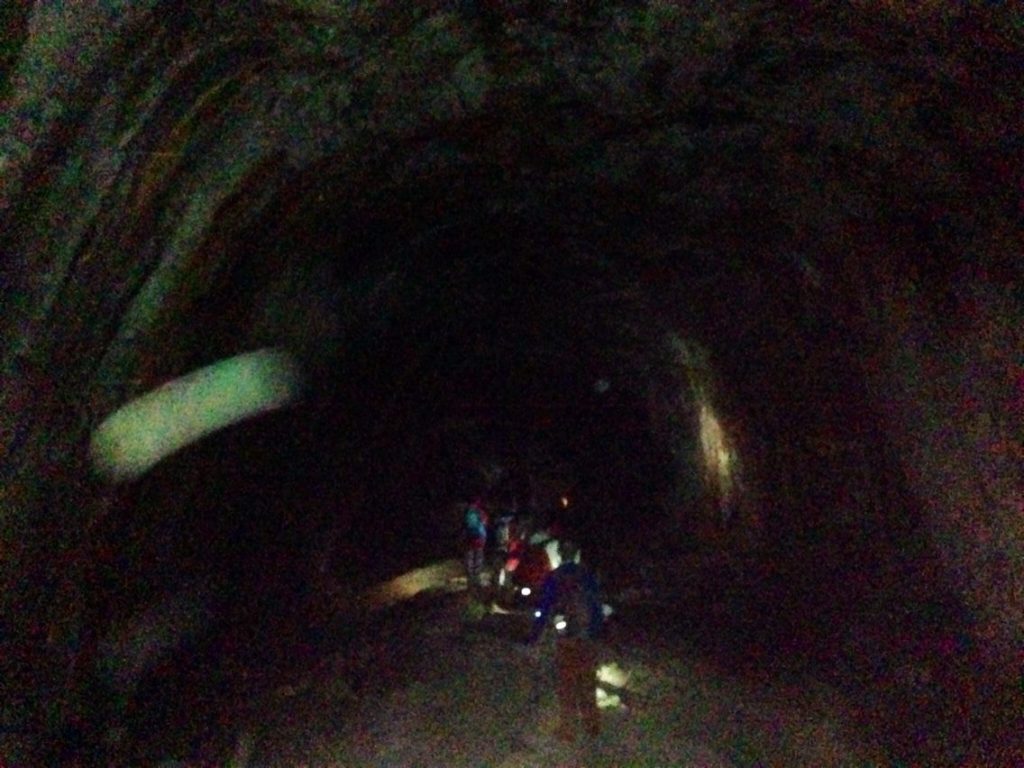 The entrance to the cave is a hole in the ground, while most of the surrounding environment in the cave is large boulders. Conditions in the cave will be cold and dark, so bring an extra layer of clothing, solid shoes, and a headlamp or flashlight to safely explore down the cave. The cave is also home to animals such as crickets, beetles, squirrels, and bats. These creatures are usually shy and will keep their distance from people going into the cave. Length of the cave is 3,820 feet or about 0.72 miles. Time going all the way to the end of the cave can take about 45 minutes, making it a 90 minute round trip hike. Enjoy! 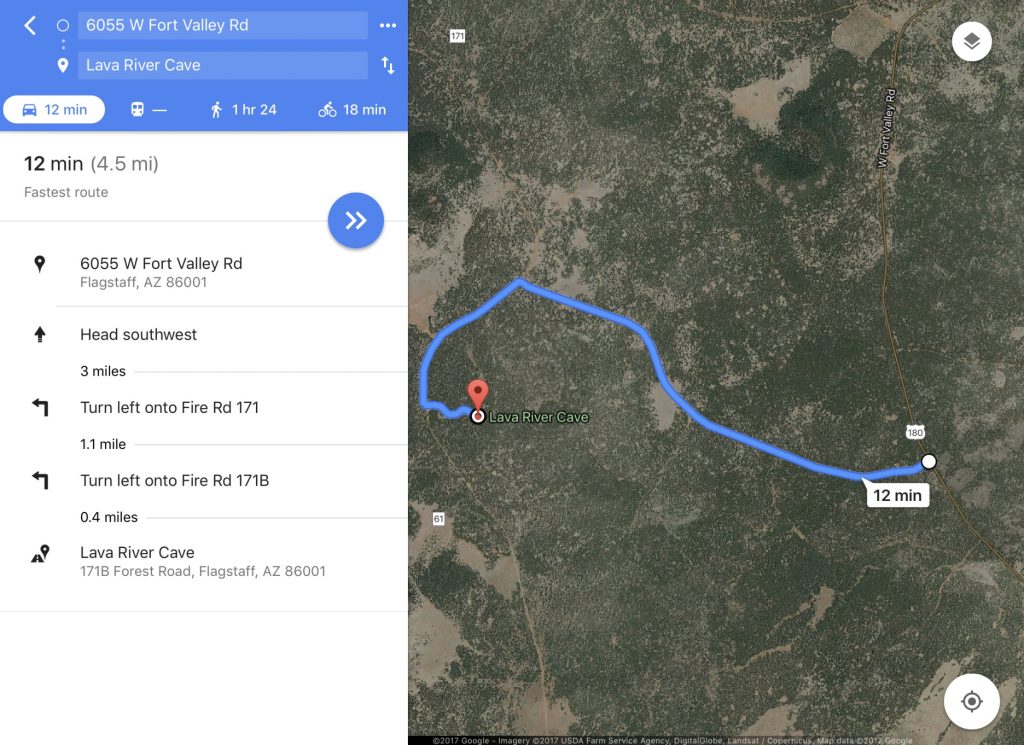 Five Best Things to Do at Grand Canyon

Heart of the Canyon

Off The Beaten Path: Rainbow Bridge

Hiking the Grand Canyon in Winter