Headed to Grand Canyon? Why follow the masses along the interstates? There is so much to see and only a small amount of extra time required to do so.

Those looking to get off the beaten trail should consider Highway 180.  Predominately a 2-lane road, it follows historic wagon roads and routes from Lake Luna, AZ (of the Apache-Sitgreaves National Forest on the New Mexico border), to Valle, AZ; just south of the Grand Canyon South Rim’s south entrance.  Passing by lakes, low deserts, and high alpine peaks.  Most of the towns passed through will be old west “cowboy” towns, known for their rowdy spirit; towns such as: Springerville, Holbrook, and Canyon Diablo.  Many historic sites and towns are along this route, such as: Fort Valley – a Later Day Saints fort, Saint Johns – a historic bridge way, and one of the ’12 Madonna of the Trail’ statues – 18-foot high monuments to honor pioneer women.  Then there are a many natural sights along the way, the big two being Petrified Forest, and Grand Canyon National Parks.  One a forest turned to stone, and the other a gaping maw comprising half the Earth’s history.

Outside of these two monsters lie more opportunity.  Along the U.S. 40 stretch, you will pass Meteor Crater, a massive depression in the ground from the collision of a meteor.  Or if you don’t feel like going down, try looking up, at the more than 600 extinct cinder cone volcanoes that surround Flagstaff and the final northward stretch of Hwy 180.

The historic path is disconnected, but a lot of the route, and most all the way-points stay true to history.

Be free to undertake sections you can along your travels, even a small piece will bring you more in time.

For more information you can visit this the Arizona Capitol Times. 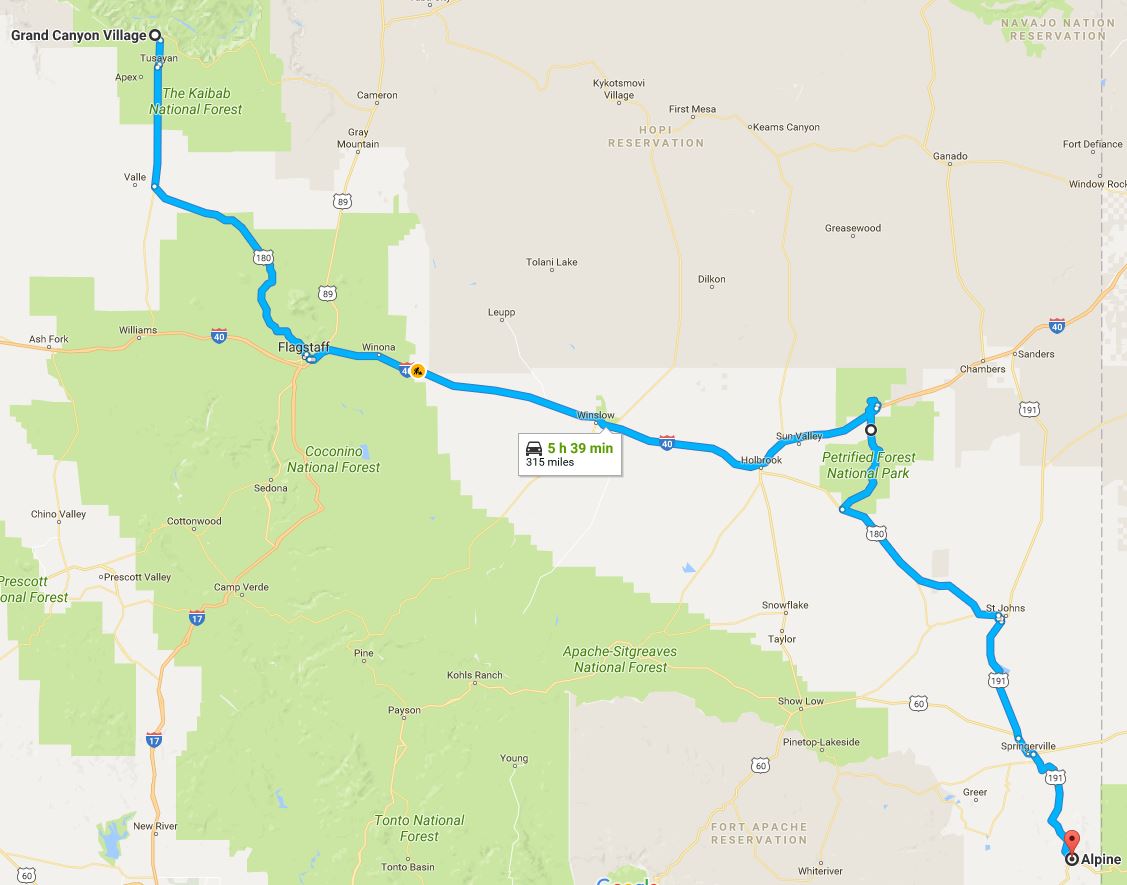 Across Arizona, and through two National Parks

A Journey to Dripping Springs

Seriously Amazing Things to See on Your...