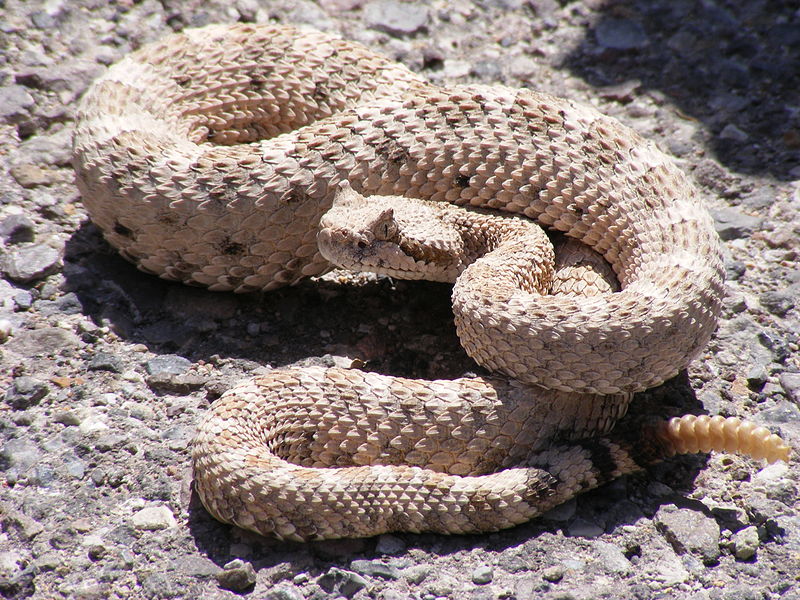 "Rattlesnakes are only too plentiful everywhere; along the river bottoms, in the broken, hilly ground, and on the prairies and the great desert wastes alike...If it can it will get out of the way, and only coils up in its attitude of defense when it believes that it is actually menaced." –

The Southwest is full of rattlesnakes, and many of us fear them for their venomous bite. Many Grand Canyon visitors ask about their presence amongst hikers. Believe it or not, the Grand Canyon National Park has never had a death due to rattlesnake bike. There has been one death linked to a rattlesnake, due to heart attack from fear of the event. Stories and lore have echoed through the canyon walls of “snake events”. These stories include one of a woman on a Colorado River rafting trip who was thrown out of the raft into the raging river in the midst of a heavy rapid. She swam to shore, thankfully, only to be greeted by a rattlesnake on the beach. The snake was alarmed to see her, just as much as she was of it, and the story says it struck her on the hand. She was rescued off the shoreline and a helicopter took her to medical attention, she survived.

One story that has been passed down amongst travel guides at the Grand Canyon is that of Edwin “Eddie” McKee and his pink rattlesnake. Edwin McKee was one of the parks first naturalists on the South Rim of the canyon. He was an avid hiker, partly due to the fact that his girlfriend was a biologist on the North Rim. He would hike into the canyon and meet her half way on their days off. One day, not hiking to meet his love, Edwin set on out a day hike into the canyon on the Tanner Trail. About half way to his destination, Eddie came across a rattlesnake pink in color. It was unlike anything he had ever seen before, he bent down and picked up the snake to inspect. I’m sure the snake was pretty surprised, as Eddie proceeded to hike the rattler up and out of the Grand Canyon.

Eddie tried to hitchhike, but nobody seemed to trust the man holding a live snake in his fist. He walked to his car, an old school Model T style vehicle. Unable to change gears, he put the rattlesnake out the window and drove the car in first gear to the nearest ranger station. Once inside, he showed the ranger his new friend. Both of them marveled at the rattlesnakes pink color. They boxed it up, and shipped it out to the San Diego Zoo. After studying the specimen, the biologists at the zoo realized it was a new, adapted species of rattlesnake! They informed the Grand Canyon Park Service, and gave Eddie McKee the opportunity to “name the snake”. Being the humble man he was, he named the pink snake the “Grand Canyon Rattlesnake”.