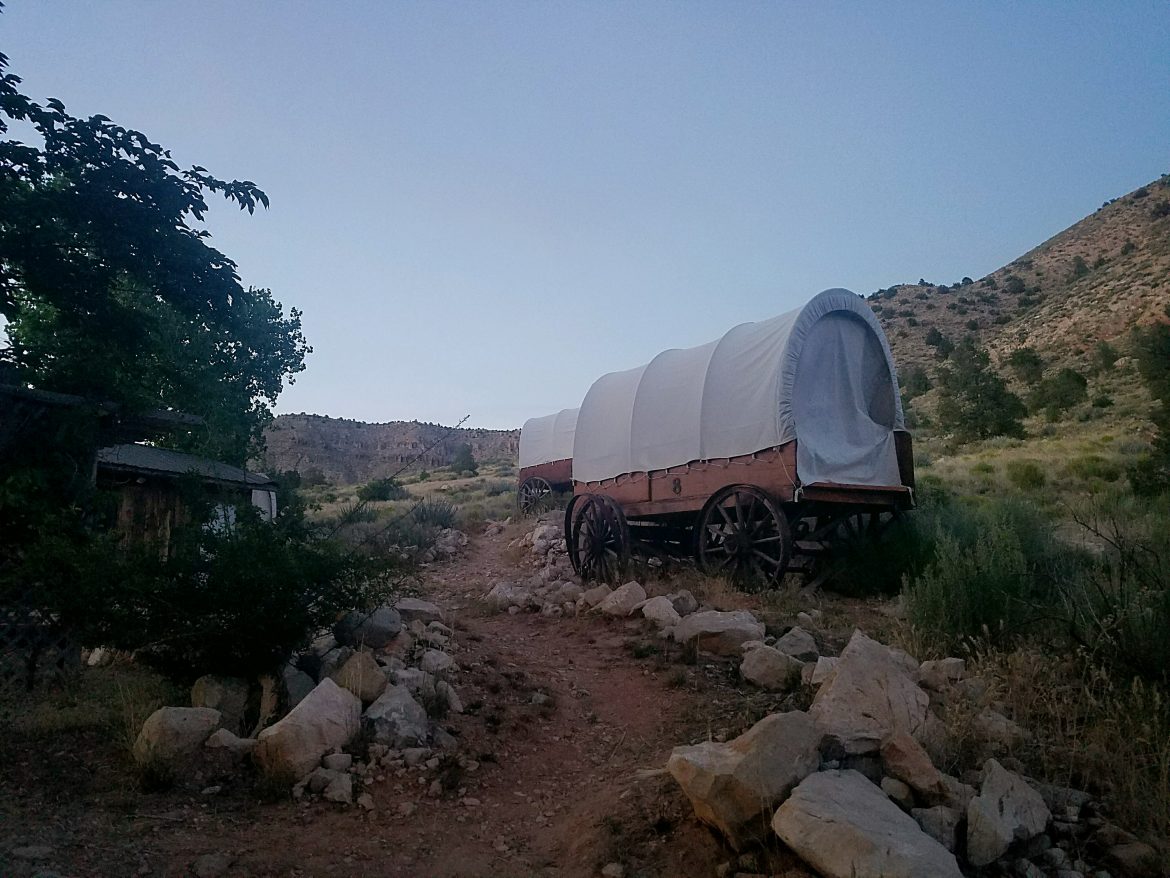 The helicopter had arrived just as the sun began to rise over Bar 10 Ranch. I opened my eyes to the roar of its propellers directly overhead. That was the sound of adventure, the sound of my ride to the bottom of the Grand Canyon. Normally, I would have lost sleep the night before a daring adventure, but luckily for me, my lodging consisted of a cozy, authentic pioneer covered wagon under the open Arizona starry sky. I had rested well, and was ready for the day. Excitement began to overwhelm me as I slowly rose from bed rubbing the sleep out of my eyes. I quickly threw on my clothes and began to undo the canvas ties around my wagon. Before I could lace up my shoes, the breakfast bell was echoing through camp. The helicopter had landed and silenced, allowing the native Southwest birds to sing their peaceful morning song. 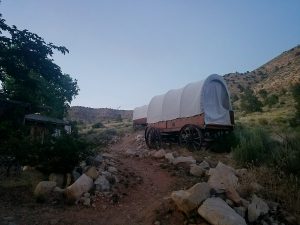 As I walked towards the kitchen, I exchanged smiles with other campers who appeared equally as excited for the day as I was. There was no time for sleeping in on a morning like this! The beautiful aroma of freshly brewed coffee and hot sizzling bacon filled the air. I loaded up a plate, grabbed a cup of freshly brewed cowboy coffee, and found a nice wooden bench to sit down and relax into the morning on. The view was stunning – a picturesque Southwest backdrop – as if a giant green screen from a Hollywood film had been placed around the ranch. Minutes later, the helicopter started back up, it was time to finish breakfast. With my duffel bag in one hand, and a delicious cup of coffee in the other, I thanked the Bar 10 Ranch Team for their incredible hospitality and headed down the hillside to greet the helicopter. 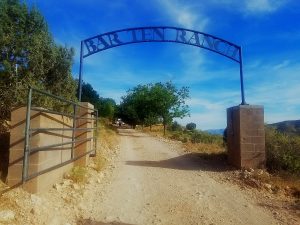 For more information on how you can experience the “Grand Canyon without the crowds” at Bar 10 Ranch, visit their website: https://www.bar10.com/

Five Best Things to Do at Grand Canyon

Off the Beaten Path: Hull Cabin

The Toasted Owl Cafe in Flagstaff