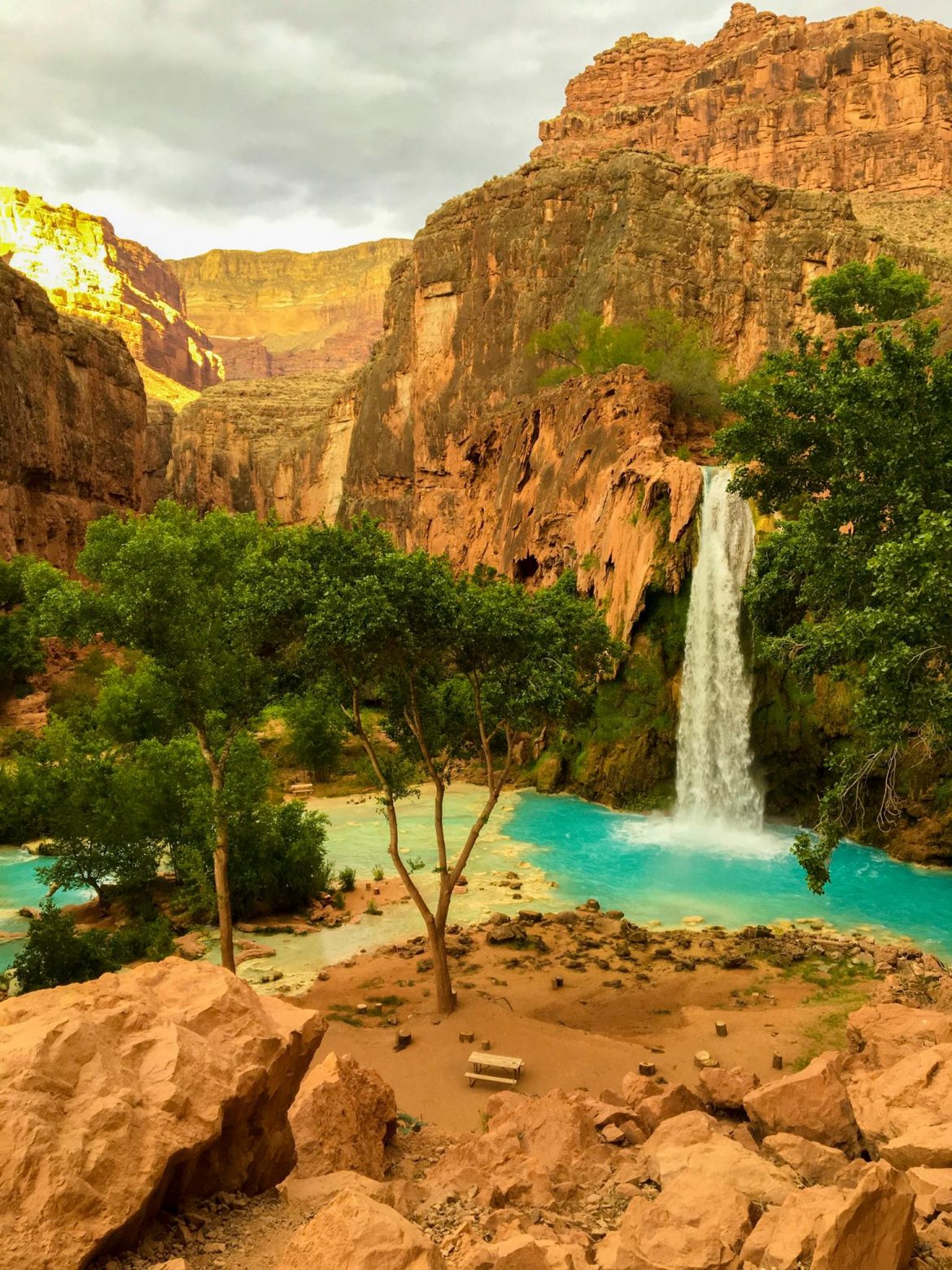 I have been privileged to travel a large chunk of our spectacular globe. I have never seen any waterfalls that compare to the 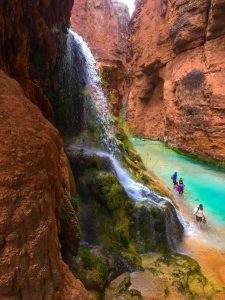 ones in Havasupai. I don’t think if you saw a thousand pictures you’d be quite prepared for the surreal nature of a an iridescent torrent of water, rushing over the massive sandstone cliffs… in the midst of an otherwise barren desert.  It’s just… amazing. There’s no other word for it.

And for all the afore mentioned reasons, everyone wants to see it. But it’s nearly impossible however, to get permits to do it without paying a premium for a commercial company to take you down. This part of the Canyon is owned and run by the Havasupai Tribe, not the National Park System, and so you are at the mercy of a smaller, more burdened booking system that is frequently bogged down and clogged by commercial permits. So how do you do it ? Well… the short and sweet answer is…. there is no easy way. 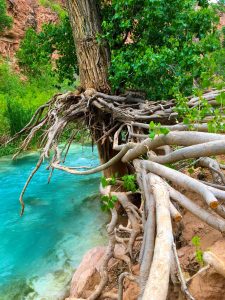 sly you only had access to a phone number. Bookings for the year open on Feb 1, and your only way of getting a booking was to dial back continuously until you reached a person instead of a busy signal. The one year that I attempted to do this, it took 2 weeks to reach an operator (calling 10-100 times per day) and by that point… most of the dates were booked. The woman encouraged me to keep calling in case of cancellations. Two weeks prior to our trip in April, two hotel rooms opened and we were able to fill them and complete our trip as planned. So… that is strategy #1 is to keep calling and asking for cancellations which apparently happen frequently. 928-448-2111 is the number for the lodge (it’s very humble and has only basic amenities… expected for it’s extremely remote location) or 928-448-2121 for the campsites (they are amazing… and have great facilities considering their location!). I had the number saved on my phone and whenever I was sitting waiting for an appointment or doing dishes… I would begin dialing. I almost dropped the phone when they finally answered. 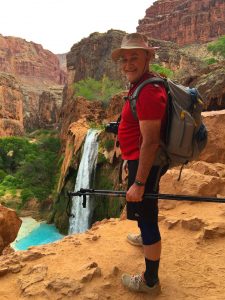 launch, it went down due to excessively high reservation requests, and the website came down. You can always check back in if you’re reading this… it might be back up. http://theofficialhavasupaitribe.com/ – fingers crossed.

Can you do a day hike at Havasupai?
(UPDATE: NO! They used to not man the top of the trail but now there is a person who prevents entry without a permit and as of 2017 day use is prohibited.) It’s doable to hike to the first and second set of falls in a day and either fly back out via helicopter (read info here) or walk out into the early evening. This is tough to recommend however because although I was told while IN the village that this was a possibility and you could just pick up and pay  as you pass through the village 2 miles above the falls… it states on the website that you have to have your permit ahead of hiking in, but many people have told me that they frequently fly in and have no problem getting a permit on the day of. They DO REQUIRE YOU TO HAVE A WRISTBAND on when you’re down at the water falls. So you cannot simply walk in without paying and hope to get away with it. Apparently they have started to crack down on this a lot. If you do risk walking in, make sure you go into 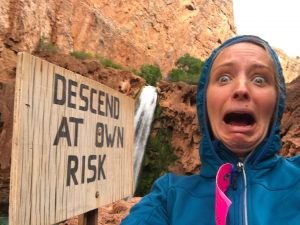 the permit office and buy your wristband prior to descending.

Do a Commercial Hiking Trip
There are several companies who you can pay to take you into the Canyon who buy permits ahead of time. It’s a hefty price
, but I believe if you want peace of mind… worth the ticket. http://www.wildlandtrekking.com/ is one that comes highly recommended. There are several others which you can find by googling “guided Havasupai hike”.

Is It Worth It?
Yes. If you get the chance to do it, whether on your own or through a company… do it.

Purchasing Someone Else’s Havasupai Permit
I got lucky and recently purchased part of a permit already going down. It was for camping and day permits. BIG warning, they asked for ID for the person on the booking at the trailhead and again when we checked in to get wrist bands. We actually beat her to the office and they would not issue the bracelets till we got there. Fortunately she was on the trip, and we had just bought a couple of the permits that were part of the bigger booking of 8. Had she not been there, they would not have admitted us. Also, the tribe told us of scams where people sold their permits and they were fake. So make sure you get an actual copy of the original permit if you purchase spots on a trip.

Book Your Next Permit While You’re Down there

Here’s the trick. You can’t reach people, or RARELY can you reach them. So your best bet is to go to the lodge office and book for the following year WHILE you’re down there.